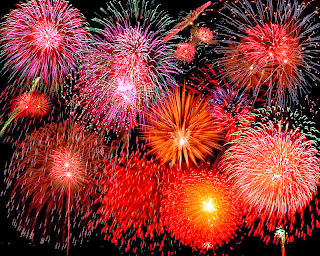 A New Year's WishAuthor UnknownAt the sound of the tolling midnight bell
a brand new year will begin.
Let's raise our hopes in a confident toast,
to the promise it ushers in.

May your battles be few, your pleasures many,
your wishes and dreams fulfilled.
May your confidence stand in the face of loss
and give you the strength to rebuild.

May peace of heart fill all your days
may serenity grace your soul.
May tranquil moments bless your life
and keep your spirit whole.*******Wishing you peace, love and hope—
now and throughout the New Year.

I wanted to follow-up with my appearance at the last meeting held on Tuesday, November 12. I inquired about the Grant secured for the streetscape improvement project mentioned in the last election promotional materials, the project between Crescent and Lawton Avenues or what's now come to be known as restaurant row, the six properties 7-11 up to the bar on the corner of Columbia and then EmergiMed and two others heading North to Lawton Avenue.

As I stated, beautification projects are an improvement, they help the business and homeowners in the neighborhoods as well as the over all community, in addition to those benefits it also improves the property values of all structures in the improvement zone, again paid for by Grant Monies, not the owners of the properties, a win, win for everyone, truly as I walk and bike to the Palisadium and would add that you include one or two bike racks, as parking is limited, cycling will generate foot traffic as well, foot traffic brings customers, please if you haven't thought of that, rethink and add one or two, thank you.

I'd like to talk about other improvements made in the community along Palisade and Anderson Avenues, these aren't by Grants, but are paid out of pocket by the property owners, the goal streetscape improvement which will increase their property values, like their neighbors elsewhere in town, lucky enough to be in a Grant that does has the same results.

In reading the ordinance 13-2-2 Failure to Repair"

What I'm reading is that the Council verifies the costs conducted by the town department doing the inspection, this is fair. Then the Council then certifies the repair expenses which get placed on the land owners as a lien, and then gets added to their taxes with interest until all taxes and liens are paid off.
I'd like the Council to consider the following, thank you..

Offer the property owners who are proactive the opposite of a Tax Lien, that being a Tax rebate to help cover the costs, this could be spread over a period so that the entire project is paid off by tax rebate monies.
The council approves similar rebates on property owners who over-pay their property taxes, the Council should be able to come up with a property owner tax rebate landscape program, that is spread out over a few years of tax payments.

All residents would be saving money, net result those who sign on board this program assist in a community wide streetscape project.

Thank you for your time today and also for your consideration.

Happy Holiday, The Answer to the Riddle

A few weeks ago I posted this riddle;

How do you know when you are crossing from Cliffside Park into Edgewater?

Hint, if you drive you will miss it.

The answer:  There's a gap where there are no sidewalks, forcing pedestrians to walk in the street This is easy noticed when you walk up both Gorge Road from River Road and also when you walk up or down Oxen Hill

Reminder: To all my readers,  next Town Hall Meeting is Tuesday December 12, 2013 at 7:00 PM.    The Process if you never attended a meeting is at the end, any in attendance are asked if they have anything to say, just raise your hand and talk to our elected officials, they are there to listen.

Focus on the issue, be respectful and thank them for their time and consideration.

Follow-up with a handwritten letter reference the meeting and ask for a reply.

Community Activism can be time consuming, but you gain from it, you meet your neighbors, you meet your elected officials and together the community can grow as we move forward.

Posted by Stephen Puibello at 8:46 PM No comments:

Thank You for Repairing the Broken Street Lamp 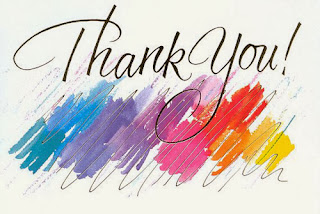 
I was out for evening walk  and noticed the street lamp between Lincoln Avenue and Division Street along Gorge Road replaced and working.

Thank you  for your assistance in making the area safe for the pedestrians, many who are seniors who live in the surrounding area.